gle-site-verification" content="g3y7J2ipbXflETLLwsXaEI_BiPhoVRaxRS9NSgwhzSk">
Are you in a Healthy Relationship?
Author: Emile
Romantic Relationships

What Characterizes A Romantic Relationship?

A romantic relationship could reasonably be defined as a relationship or affinity characterized by passion, the expectation of permanence, commitment and intimacy. However, as anyone who has been in one can testify, this doesn’t even begin to describe it! The definition fails to encapsulate the amazing feeling of loving, being loved for the first time and of being seen and understood. It fails to capture fumbling about in the dark, the more experienced exploring of bodies, or the unquestionable fantastical connection formed in coming together in sexual unity. It also fails to cover that scorched earth of desolation that can obliterate all hope and joy when a long-term loving and trusting relationship is sundered.

Finally, it does not come close to encapsulating love. Not the chemical fireworks that explode in the first year, but love. Working together over time to weather the storms that seek to erode the foundations of your relationship, because you realise that there is no other option that you are prepared to entertain. Love involves that sharing of memories and resonance and meaning, and all those vital things that rise above the banalities of life and make our existence truly special.

Okay, so there is a bit of a romantic in me that pops out at inopportune moments!

What Is This Section On Romantic Relationships Really About?

I do a fair amount of couples counselling in my private practice, and it is an area close to my heart. Let’s take a look at the kinds of articles that this section is going to cover:

Finding The Confidence To Date

Many people out there are not quite as confident as they would like to be. Others have been burnt in relationships and are not too sure whether they want to go through all of that again. Either way, many of us have insecurities around being rejected or abandoned that we need to face, or indeed self-worth issues, or a basic mistrust in the milk of human kindness! I spend a fair bit of time in my practice helping people to build up the confidence and skills necessary to engage with potential partners, and to try to improve at selecting people that they might actually have a future with! If we cannot have a healthy relationship with ourselves then we are unlikely to manage one with anyone else.

Some might be offended by my use of the word game. However, I am using it not in reference to the tendency of some parties to manipulate people in order to gain power, but rather the sheer wonder and excitement that should be a part of dating. As I tell my clients, you cannot ever predict with certainty whether a relationship will succeed or not, but you can certainly choose whether you are going to enjoy the dating process!

Some of you out there might be looking for a little help in terms of knowing what the research tells us about the dos and don’ts of dating. Or you might be struggling to understand how you seem to meet the same kinds of inappropriate partners to play out the same dynamics time after time. We will attempt to unpack why this might be the case and what to do about it. Others might be considering wandering into the realm of speed dating of online dating, and not be quite sure of what pitfalls they should be looking to avoid.

The best way to fix a romantic relationship is not to allow it to break in the first place. Sadly, by the time some of the couple’s find their way to my office the writing is already on the wall. And where these relationships are still fixable, it requires a lot of hard work and sacrifice by both parties to heal the hurt and unhealthy dynamics that have now formed. With this in mind, we will spend quite a few bytes looking at how to set up healthy dynamics and indeed to maintain the excitement and spontaneity that often characterize ‘young’ relationships.

Generally speaking, it is not the content of conflict that tends to alienate couples from each other, but rather the process of conflict management that is employed. We will examine what healthy conflict management looks like. Equally, we will take a look at how conflict was managed in your family of origin, together with the insecurities that it instilled in you, can have such a powerful effect on how you manage later relationships. We invariably model behaviour from our parents, or respond somewhat intensely when confronted with someone employing their conflict management style. I know in my own upbringing we didn’t have the healthiest of conflict management, and this has meant that I have had to learn to adapt to deal with friends and partners in a healthier way.

One of the problems that many people face in relationships is co-dependency. Generally speaking, this tends to occur when one or both parties have not confronted their own issues sufficiently. They then need to be in a relationship as opposed to purely wanting to be there. Co-dependency can be narrowly defined as a psychological condition or relationship in which a person is controlled or manipulated by another who is affected with a pathological condition (e.g. narcissism or drug addiction).I consider the broader definition more useful here though: ‘the dependence on the needs of, or control of, another’. Co-dependency is an emotional and behavioural condition that affects a person’s ability to have a healthy, mutually satisfying relationship. It is often seen as an addiction, a “relationship addiction”. This is because people with co-dependency often form or maintain relationships that are one-sided, emotionally destructive and/or abusive

Sometimes relationships end; whether someone was unfaithful or didn’t put in enough effort, or two people just outgrew each other, or indeed where tragedy strikes in some other form. In terms of marriage, we speak of the three D’s: death, divorce ad desertion. Terminating a relationship or marriage in a mature fashion can be tricky. There are hard choices to be made in deciding whether it is definitely over, making practical plans to split up and separating assets.

It is also vital that no matter how acrimonious a divorce might be, both parties can nevertheless put the interests of their children first. Visitation and maintenance plans need to be finalised and ‘rules’ need to be agreed upon in terms of how future interaction will occur. And somewhere in all this mess both parties still need to go through the phases of mourning to deal with the loss of the relationship, and hopefully not just skip past facing their fears to waking up in the bed of someone else!

Yes, I know I entitled this section of the site ‘romantic relationships’, and this will certainly be the focus. However, we will also take a look at other relationships including friendships, family relations and relationships with work colleagues.

In synthesis, we are going to take a look at the process of learning to relate to oneself and understand one’s psychodynamic past in order to be able to relate healthily in romantic relationships. We will look at material around dating such as getting involved in romantic relationships and maintaining healthy relationships. We will also take a look at dealing with conflict, communication problems and specific problems such as co-dependency. You will learn to process break-ups as a sad, hurtful ending, but equally as an exciting and transforming new beginning! Essentially, I will attempt to create a safety blanket of information in case your relationship takes a nasty turn for the worst. 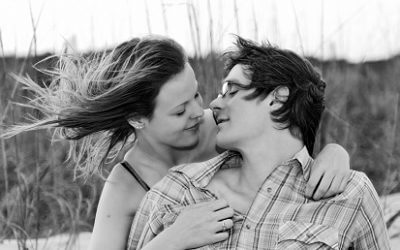 In this article, we discuss some practical tips on how to maintain a healthy romantic relationship, particularly when...