Passive-avoidant people find conflict so stressful that they avoid it at all costs, which unfortunately means that they never get used to conflict management. This ultimately means that they never desensitize to their fear by reality testing it. They also struggle with diminishing self-efficacy (belief in one’s ability to cope) and a lack of practice of conflict management skills means that the thought of conflict only gets scarier over time. Passive-avoidant people are often people pleasers in many areas of their lives and struggle with behaviours like self-sacrifice and subjugation. They also quite often struggle with co-dependency.

Passive-avoidant people are prepared to ‘lose’ by letting others ‘win’, which superficially may seem like a selfless act. However, I would contend that it is ultimately selfish as it is designed solely around not experiencing conflict (and sometimes secondary considerations such as not being abandoned).

Aggressive people will use any direct form of intimidation that is necessary to ‘win’ and get their way. In an odd way it is honest, in that they are expressing their opinion and sometimes some of their feelings. However, it is entirely disrespectful and often abusive, and the cost of them ‘winning’ is that the other person has to ‘lose’. Aggressive people rarely express their softer feelings and hardly ever create a safe space for their partner too. Clearly, the outcome is the same as with the passive-avoidant, where their understanding of each other remains stagnant and the relationship cannot grow.

It is not uncommon for passive and aggressive people to end up in the same relationship together. Sometimes they are drawn to the other as it makes their position easy to implement. Aggressive people are happy to take the lead and passive people tend to be content not to challenge them and to follow their lead. Sometimes though this dynamic is created within the relationship itself. So if someone with a relatively aggressive conflict management style were to date someone not all that assertive then initially there might be fireworks. However, if the ‘not-so-assertive’ did not stand up for themselves (by engaging in the conflict or leaving) then over time they might well become more and more passive, and the aggressive person steps more into an aggressive role.

The same is often true when a passive person exhibits strong dependency traits and despite encouragement doesn’t really step up and express their opinions or make decisions. This can result in the other person taking on a central leadership role in the relationship and often over time they become so used to not being questioned that any discontent is quickly (and sometimes unknowingly) squashed.

The passive-aggressive conflict management position is the proverbial wolf in sheep’s clothing.

Passive aggressive people rarely stand up for themselves in an open and transparent way and share their feelings and opinions. They tend to shut down and superficially acquiesce to the other person, but then act out their anger in other ways. Unlike with a passive person, you will know when a passive aggressive person is hurt or angry. They will use sarcasm, sulking, not talking and other means to ‘make you sorry’.

Similar to the goal of the aggressive conflict management style, passive-aggression uses aggression in order to ‘win’. It is just thinly veiled! The bottom line message of the passive-aggressive is ‘you have done or are about to do something that I don’t like and should be / should have been aware of this, and now I will make you very sorry for it so that you don’t do it / will not do it again’.

If only they would just verbalise that! Passive-aggression is particularly dishonest as there is a gulf between what is said and what is meant. Generally speaking, neither party ends up happy during what is often a protracted conflict, and neither learns anything about the other or builds the relationship in any way, so the outcome is described as lose-lose.

In fact, assertiveness doesn’t really fit on this passive-to-aggressive continuum at all. Where then does this fit? Perhaps I should begin by describing where it does not fit. It is not passive. It is not aggressive. And it is definitely not passive aggressive!

Assertiveness is a conflict management style born out of the realisation that process is more important than conflict; that the relationship is worth more than the particular squabble in progress!

Generally in couple’s therapy by the time that couples get to me their conflict management dynamics are blown to pieces. It is all about winning and losing. The tiniest issues become sources of fully fledged war. There is no perspective, and no attempt to actually understand the other person’s perspective. Even when they get their way the relationship continues on a downhill spiral and they both feel miserable.

They have failed to understand that irrespective of who wins the battle they are both losing the war!

Assertiveness comes from a position of strength and respect. Assertive people pick their battles and decide how important something is to them before engaging in conflict. They manage conflict with transparency, allowing the other party to understand both their position and their feelings on the matter. They respect themselves in that they stand up for what they believe in – and will not back down if it is important enough (unlike with passive-avoidance). Yet they respect the other in that they do not attempt to dominate or subdue them (as would happen with aggression or passive-aggression).

← Previous: Psychological Coping Skills For All Next: Health Articles → 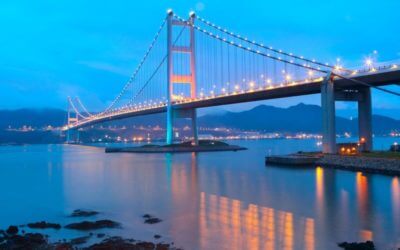 Are you self-actualizing? Making the most of every fading minute? Truly moving forward in your life? Or do your bright...

END_OF_DOCUMENT_TOKEN_TO_BE_REPLACED 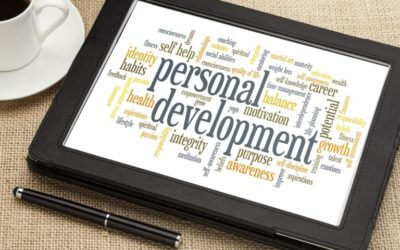 Without a practical healthy lifestyle program, you risk losing your health and wellness and never truly...

END_OF_DOCUMENT_TOKEN_TO_BE_REPLACED 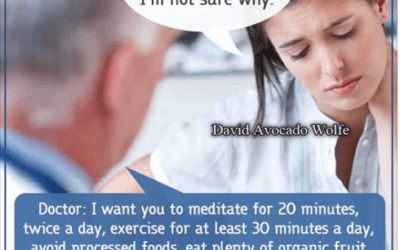 Total health is arguably the single most important concept for you to understand and adopt if you wish to live a happy...