Morbidity refers to the amount or percentage of the population that are alive but sickly. This means that the quality of their life has been compromised and they have varying degrees of disability.

This can be contrasted mortality rate which is a measure of the number of deaths in a population, scaled to the size of that population over a period of time.

What Is Life Expectancy?

Life expectancy is a mortality measure that examines the number of years that a particular individual or group can still expect to live.

Life Expectancy Is An Average Variable

It needs to be noted that when used with groups of people, life expectancy is an average variable (mean), rather than the age that one is most likely to die at (median). What do I mean here? Well if society has a life expectancy of 49 years (like Swaziland) that does not mean that most of us are passing on around our 49th year. In fact, in Swaziland, a lot fewer people would actually be dying at this juncture. Most are dying quite a bit earlier, largely from communicable infectious diseases like HIV/AIDS or TB – that are particularly lethal for infants and children. Many who make it to 49 are likely to live well beyond this average age before they succumb to degenerative, chronic illnesses such as cancer and cardiac problems.

This creates the irony that in many countries as people get a bit older their life expectancy actually increases!

It also means that although the average life expectancy has massively increased over even just the last 20-100 years (depending on region), the life expectancy from 21 years of age has actually increased by a lot less. As an example of this, the average total life expectancy of someone in 1500-1550, who had already reached 21 years of age was 71! If we consider how tough life was back then, and how many wars were being fought, this is truly remarkable. It demonstrates that modern medicine has done an amazing job in prevention and treatment of infectious and parasitic illnesses that led to such massively high early mortality. However, we have perhaps not done quite as well as we like to believe in the fight against chronic degenerative illnesses!

Life expectancy has greatly increased in both first and third world nations. During the course of the 20th century life expectancy in the UK increased by over 30 years for both men and women!

The major causes of death have also been shifting. In the 19th century, most people were dying from infectious and parasitic illnesses. Nowadays in 1st world countries, the overwhelming majority of deaths are as a result of degenerative illnesses such as cancer and diseases of the circulatory system. Obviously, this has occurred as modern medicine has improved to the point that most deaths are ‘preserved’ for old age.

Generally speaking there has been a huge improvement in life expectancies in 3rd world nations during the course of the 20th century. However, due to poorer access to quality health care and in some cases high rates of violent deaths (e.g. Rwanda) many of them still lag far behind 1st world nations.

In some cases – particularly in some nations in sub-Saharan Africa, there has actually been a decline in life expectancy rates due to the really high infection rates of HIV-AIDS.

A tiny ray of hope here comes out of the UK, where evidence is beginning to emerge that where people with HIV reach a reasonable age on anti-retrovirals (e.g. 60) their life expectancy may actually be higher than the national average for this age group. This is partially due to the increasing effectiveness of anti-retroviral medications. It is also because HIV infected people living in a 1st world infrastructure probably take better care of themselves and have better health monitoring than the average 60 year old.

What this demonstrates to us is that although healthy life expectance is still slowly increasing in 1st world nations, so are the number of years spent with chronic illness (disability).

Now statistics can be misleading! We need to take note of the fact that better medical practice has resulted in more readily available screening for chronic illness so that it is often picked up earlier. This means longer periods of time living with a chronic illness is also partly a result of earlier identification of these illnesses (even before they are disabling). This of course also means that people live longer as they have a better chance at a favourable outcome.

END_OF_DOCUMENT_TOKEN_TO_BE_REPLACED 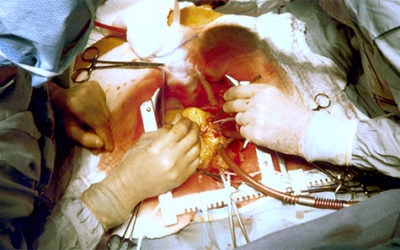 Do You or a Loved One suffer from a Chronic Illness?

What Is Chronic Disease? Chronic disease or chronic illness is generally seen as any illness that persists for a long...