gle-site-verification" content="g3y7J2ipbXflETLLwsXaEI_BiPhoVRaxRS9NSgwhzSk">
Do You or a Loved One suffer from a Chronic Illness?
Author: Emile
Chronic Disease

What Is Chronic Disease?

Chronic disease or chronic illness is generally seen as any illness that persists for a long period of time. They include illnesses such as HIV, cancer, cardiovascular disease, diabetes, asthma, chronic fatigue and arthritis.

Shift In Types Of Diseases That People Die From

Over the last century there has been a large shift in terms of the illnesses that people die from. Infectious diseases such as smallpox and tuberculosis essentially disappeared as death delivering illnesses in 1st world nations during the first half of the twentieth century. They have been replaced by chronic degenerative conditions that have a very different presentation. The only huge exception to this is HIV, for which there is currently no vaccine or cure.

Chronic degenerative diseases – mainly heart disease, cancer, and diabetes – are the leading causes of death and disability in most modern nations. These chronic illnesses are responsible for 7 out of every 10 deaths in the USA and affect the quality of life of 90 million Americans. 75% of the health care budget goes to the treatment of these illnesses. Equally, in some third world nations, chronic infectious illnesses such as HIV/AIDS affect millions and are responsible for both high death rates and a high level of disability. As third world countries modernize and begin to have access to luxury foods and good medical care they are also beginning to be more affected by chronic degenerative diseases.

We Are Not Well Equipped To Deal With Chronic Degenerative Diseases

Acute infectious (communicable) diseases were the bane of humanity for a very long period of time. Largely people would present with symptoms that would be treated or not treated, and then the person would either die or recover. Thus we adapted to dealing with acute illness followed by either death or wellness.

Hospitals came about largely as a way of trying to treat these illnesses. Let’s be frank, often hospitals were more ways of segregating the ill from the healthy as a way of preventing the spread of these conditions, whilst providing what often really amounted to palliative care. Over time though doctors became better at their craft and the hospitals became more of a treatment centre from which people actually recovered!

However, this introduced a whole new set of problems!

The health care and hospital based system became so good at curing people of these terrible infectious and parasitic illnesses that they preserved them to die from even more terrible chronic diseases such as cancer, Alzheimer’s and cardiac problems.

Old Age Gets You Every Time!

These chronic diseases that we are now faced with by and large present very differently to the acute, infectious illnesses that wiped out so many millions in the past. With a few exceptions (such as HIV) they are not conditions that one is ‘infected’ with. They are rather non-communicable illnesses that develop slowly as a person gets older, and as certain genetic or environmental weaknesses translate into whatever disease finally kills us!

We cannot ‘cure’ them in most instances, but rather need to slow down their onset and development. We need to manage them better. Often therefore, the strengths of modern medicine are negated. Many of these are not conditions that can be ‘cured’, and often ‘curing’ (removing) the symptoms is not actually helpful in understanding and treating the actual condition.

Hospitals as such become relatively less useful, with a need to re-allocate resources towards ongoing home-based medical treatment and support!

People with chronic illnesses have to learn to live with them and to manage them as best as they can. Sometimes chronic conditions do go into remission or clear up completely, but this is very much the exception. Western medicine is really great at curing many illnesses, and the hospital system is critical in this regard. However, when it comes to chronic, degenerative illnesses it tends to be better at symptom reduction as opposed to actually alleviating the underlying condition.

Role Of Alternative Medicine And Psychology

With some chronic illnesses medical practitioners believe that there is nothing more that they can do. With others, patients are sometimes told that ‘it is all in your head and there is nothing wrong with you’. It means that many people with chronic illnesses do not know where to turn to. Over time these conditions can place considerable strain on families and relationships, and many sufferers often develop psychological problems in response to their ongoing suffering. Some of the victims of these illnesses have ended up on my doorstep as a last desperate hope for salvation.

By then they are generally disenchanted with the medical profession, struggling with several secondary psychological and physiological symptoms, becoming more alienated from their loved ones and slowly losing hope of any sort of real quality of life going forward.

Medical support is vital in some of these chronic illnesses and minimal in others. Cognitive behavioural therapy is often utilized to improve or alleviate both physiological and psychological symptoms and indeed sometimes the chronic illnesses themselves. I have also found that other disciplines that are often utilized by CBT such as exercise, correct nutrition, meditation and the correct supplements can go a long way in helping to manage and improve chronic illnesses.

Psychological support is often a vital ingredient in chronic illness sufferers learning to manage their condition optimally. Outside of this I have often also found myself in the role of a ‘manager’ of their illness. As people become more desperate they often consult with more and more health care professionals. If they find no joy with mainstream medicine then they often cast the net further out into the realms of alternative medicine. Often what is lacking in this process though is someone to help the person take stock of the various bits of information that emerges from different professionals.

Someone needs to examine all the pieces of the puzzle together with the client and work towards a comprehensive and mutually re-enforcing treatment or management strategy.

Goals Of Articles On Chronic Illness

Some of the goals of this section on chronic illness are the following:

END_OF_DOCUMENT_TOKEN_TO_BE_REPLACED 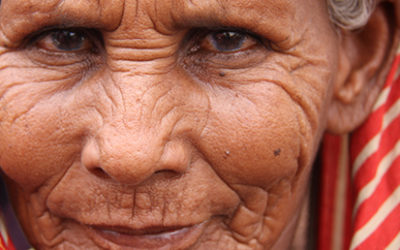 Morbidity And Mortality Rates Morbidity refers to the amount or percentage of the population that are alive but...