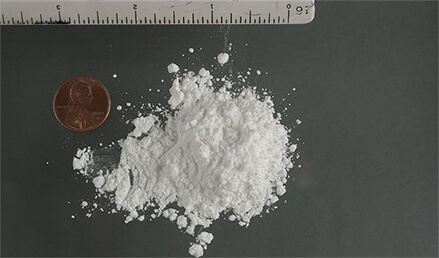 Cocaine addiction is an illness where the user struggles with the inability to stop using cocaine despite the damages it is causing.

Cocaine is a powerfully addictive stimulant that directly affects the brain. It has been labelled the drug of the 1980s and 1990s because of its extensive popularity and use during this period. However, cocaine is not a new drug. In fact, it is one of the oldest known drugs. The pure chemical – cocaine hydrochloride – has been an abused substance for more than 100 years. Coca leaves – the source of cocaine – have been ingested for thousands of years.

Pure cocaine was first extracted from the leaf of the Erythroxylon coca bush, which grows primarily in Peru and Bolivia. In the early 1900s, it became the main stimulant drug used in most of the tonics/elixirs that were developed to treat a wide variety of illnesses.

Cocaine is generally sold on the street as a fine, white, crystalline powder, known as ‘coke’, ‘C’, ‘snow’, ‘flake’ or ‘blow’. Street dealers generally dilute it with inert substances such as corn starch, talcum powder and/or sugar, with active drugs such as procaine (a chemically related local anaesthetic), or with other stimulants like amphetamines.

Methods Of Cocaine Use

The principal methods of cocaine use are oral (‘chewing’), intranasal (‘snorting’), intravenous (‘mainlining’ or ‘injecting’) and inhalation (‘smoking’ – including freebase and crack cocaine). Snorting is the process of inhaling cocaine powder through the nostrils, where it is absorbed into the bloodstream through the nasal tissues. Injecting releases the drug directly into the bloodstream, and heightens the intensity of its effects. Smoking involves the inhalation of cocaine vapour or smoke into the lungs, where absorption into the bloodstream is as rapid as by injection. The drug can also be rubbed onto mucous tissues. Some users combine cocaine powder or crack with heroin in a ‘speedball’.

Cocaine use ranges from occasional to repeated or compulsive use, with a variety of patterns between these extremes. There is no safe way to use cocaine. Any route of administration can lead to absorption of toxic amounts of cocaine, leading to acute cardiovascular or cerebrovascular emergencies that could result in sudden death. Repeated cocaine use by any route of administration can produce addiction and other adverse health consequences.

What Is Crack Cocaine?

The chemical cocaine hydrochloride is commonly known as cocaine. Some users chemically process cocaine in order to remove the hydrochloride. This process is called ‘freebasing’ and makes the drug more potent.

Crack is a solid form of freebased cocaine. It is called ‘crack’ because it snaps and cracks when heated and smoked. Since crack is an already prepared form of freebased cocaine, the user does not have to buy the equipment or be exposed to the explosive chemicals associated with freebasing. Crack is most often packaged in phials or plastic bags and sold in small quantities, usually 300mg to 500mg.

Traditionally, cocaine was a rich man’s drug, due to the large expense of a cocaine habit. Now, crack is being sold at prices low enough that even adolescents can afford to buy it. But this is misleading: once a person is addicted to cocaine, tolerance rises, the habit need increases, and so does the expense.

How Is Crack Cocaine Used?

The substance is placed in a glass pipe (or hash pipe) with a fine mesh screen under it. This is then heated and the vapours inhaled. The vapours of the freebase are absorbed through the lungs into the bloodstream and transported to the brain within 10 to 15 seconds. One inhalation will produce a degree of intoxication usually lasting around 10 minutes.

What Produces The Cocaine High?

A great amount of research has been devoted to understanding the way cocaine produces its pleasurable effects, and the reasons it is so addictive. One mechanism is through its effects on structures deep within the brain. Scientists have discovered regions within the brain that, when stimulated, produce feelings of pleasure.

One neural system that appears to be most affected by cocaine originates in a region, located deep within the brain, called the ventral tegmental area (VTA). Nerve cells originating in the VTA extend to the region of the brain known as the nucleus accumbens, one of the brain’s key pleasure centres.

In the normal communication process, dopamine is released by a neuron into the synapse, where it can bind with dopamine receptors on neighbouring neurons. Normally dopamine is then recycled back into the transmitting neuron by a specialised protein called the dopamine transporter. If cocaine is present, it attaches to the dopamine transporter and blocks the normal recycling process, resulting in a build-up of dopamine in the synapse, which contributes to the pleasurable effects of cocaine.

As cocaine abuse continues it leads to tolerance. This means that higher doses and more frequent use of cocaine are required for the brain to register the same level of pleasure experienced during initial use. Recent studies have shown that during periods of abstinence from cocaine use, the memory of the euphoria associated with cocaine use – or merely exposure to cues associated with drug use – can trigger tremendous craving and relapse to drug use, even after long periods of abstinence.

Cocaine’s effects appear almost immediately after a single dose and disappear within a few minutes or hours. Taken in small amounts (up to 100mg), cocaine usually makes the user feel euphoric, energetic, talkative and mentally alert, especially to the sensations of sight, sound and touch.

Other effects of cocaine intoxication include:

How Long Does A Cocaine High Last?

The duration of cocaine’s immediate euphoric effects depends on the route of administration. Faster absorption leads to a more intense but much shorter high. The high from snorting is relatively slow in onset and may last 15 to 30 minutes, while that from smoking it may last 5 to 10 minutes.

In rare instances, sudden death can occur on the first use of cocaine or unexpectedly thereafter. Cocaine-related deaths are often a result of cardiac arrest or seizures followed by respiratory arrest.

Long-Term Effects Of Cocaine Use

Regular use of cocaine can lead to the following persistent problems:

Tolerance And/Or Increased Sensitivity To Bingeing

Tolerance to cocaine’s high may develop, with many addicts reporting that they seek but fail to achieve as much pleasure as they did from their first experience. Some users will frequently increase their doses to intensify and prolong the euphoric effects. While tolerance to the high can occur, users can also become more sensitive to cocaine’s anaesthetic and convulsant effects, without increasing the dose taken. This increased sensitivity may explain some deaths occurring after apparently low doses of cocaine.

Bingeing on cocaine – during which the drug is taken repeatedly and at increasingly high doses – may lead to a state of increasing irritability, restlessness and paranoia. This may result in full-blown paranoid psychosis, in which the individual loses touch with reality and experiences auditory hallucinations.

What Are The Chronic Medical Complications Of Cocaine Abuse?

There are enormous medical complications associated with cocaine use. Some of the most frequent complications are cardiovascular effects. These may include the following:

Different Ways Of Ingesting Cocaine Can Lead To Different Damages

END_OF_DOCUMENT_TOKEN_TO_BE_REPLACED

What Is Mandrax? Mandrax is the chemical substance methaqualone. Mandrax sometimes comes in light and dark blue...

END_OF_DOCUMENT_TOKEN_TO_BE_REPLACED

Understanding the Difference between Drug Abuse and Addiction

Many millions of people worldwide suffer from drug addiction and drug abuse, and this abuse destroys the lives of...