Many millions of people worldwide suffer from drug addiction and drug abuse, and this abuse destroys the lives of many, many more! This is because each drug addict, behavioural addict or alcoholic in active addiction is on a downward spiral that damages not only their own lives but the lives of their partners, children, extended families, work colleagues and friends.

Society is also forced to carry the cost of drug addiction related to medical complications and deaths, as well as indirectly through the injuries and deaths caused by car accidents, increased crime rates. Drug abuse also leads to a drop-off in productivity and increased absenteeism, which impacts strongly on economic productivity.

Addiction Is A Disease

Addiction is a disease where aberrations in the neurochemistry of the limbic system of the brain result in progressive degrees of behavioural powerlessness to refrain from the drug or behaviour. These neurochemical changes result in a loss of control over their ability to refrain from the mood altering drug or behaviour, together with resultant behavioural changes. Between binges, addicts experience cravings, which can be triggered by a number of internal or external triggers. These lead to denial thoughts that end up rationalizing the next drink/hit/compulsive behaviour. At this point, the neurochemical changes in the limbic system start up again and the ensuing powerlessness leads to more damages. This recursive cycle cripples so very many people and keeps them in this cycle of active addiction.

In this section on drug abuse and addiction, we will look at the various drugs and behaviours that people get addicted to or end up abusing and why this is the case. We will examine both addiction as well as the unique neurochemical and physiological effects of drugs like the following:

Addiction is an illness that includes the following:

Chemical addictions can be broadly placed in the following categories:

Some of the behavioural addictions are:

Equally, if you are interested in the fundamentals of using Cognitive-Behavioural Therapy to treat addiction (which will be discussed a lot on this site), you might want to consider purchasing a copy of Recovery RSA, which I have written a couple of chapters of.

Goals For Articles On Drug Abuse And Addiction

Throughout these articles, we will examine areas of substance abuse and dependence and various treatment modalities. As a cognitive-behavioural therapist, I believe in incorporating any scientifically valid tools that can help addicts to alter their thoughts, feelings and behaviours and achieve and maintain long-term recovery.

What Is Codependence? Codependence is the excessive emotional or psychological reliance on a partner, frequently one...

END_OF_DOCUMENT_TOKEN_TO_BE_REPLACED

Cocaine addiction is an illness where the user struggles with the inability to stop using cocaine despite the damages...

END_OF_DOCUMENT_TOKEN_TO_BE_REPLACED 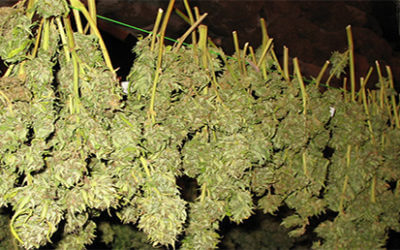 Cannabis addiction is an illness concerning the inability to stop using cannabis despite the damages it is causing....